At the beginning of the Summer, I had this plan to visit some of the sites in Nevada that were built as part of New Deal projects. There’s this really awesome website, Living New Deal, that has basically a database of sites that have been submitted by history-lovers around the U.S. You can search for sites by state or by type of project, and it will give you a list of stuff that you can go see (if it still exists). And it’s super-cool because it’s participatory history. If you know of a site that’s not on there, you can submit it. Or if you go to a site that is on there, but find out more information, you can submit additions to the record. So the site relies on all of us to add to the knowledge.  Pretty cool, huh?

I said that my plan was to visit some New Deal sites in Nevada, but I haven’t really gotten started yet and summer is almost over. I’ve been kind of waiting until DivaTeen and Middle Little were both out of school. One is on a 9-month school schedule, and the other is on a year-round schedule, and it fucking sucks. So we haven’t got a whole lot accomplished. Middle Little gets out in just over a week, so I plan on seeing as much as I can between then and when school starts back up three weeks later. It’s important to me that I get them out there and show them that history doesn’t just live in museums. It’s everywhere. And you can touch it, and breathe it, and live it.

I did get to make a few stops during my June trip to Reno after my stepmom passed. And one of the places we stopped was Hawthorne, where I really wanted to see the town of Babbitt.  I wrote a post about it, and you can read it here. But I also wanted to see some New Deal sites in Hawthorne since I knew that a Civilian Conservation Corps camp was located there in the 30’s.

The Living New Deal site listed a high school in Hawthorne as a New Deal site, and it seemed pretty easy to get to.  You can see the listing here. If you click the link, you’ll notice that I took the picture on the listing. I took it while we were there and submitted it later.  I am super-fucking-stoked to have contributed something to the project.  Even though it is a small something. Don’t douche all over my parade. 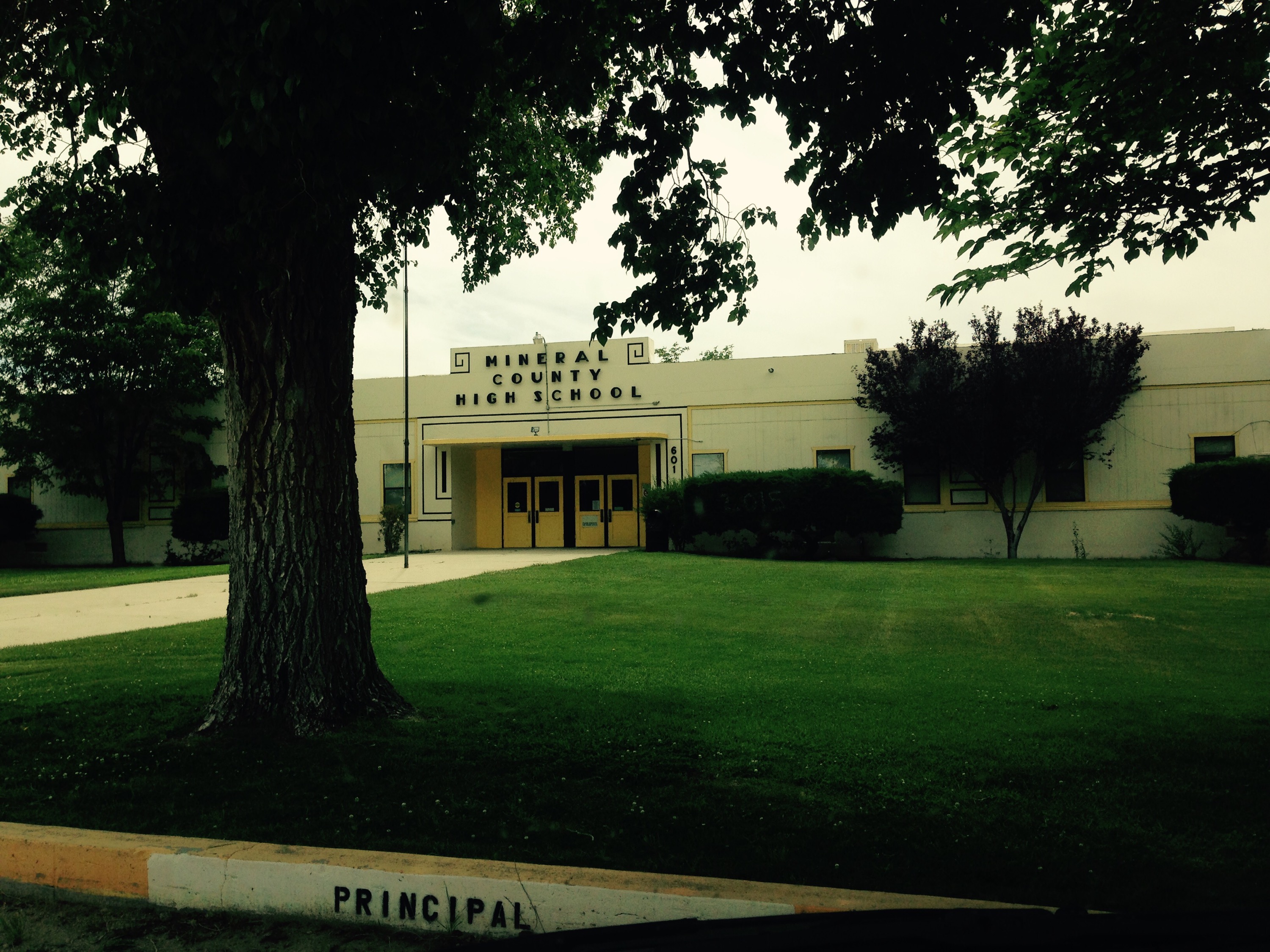 The school was built in 1934 by a $55,000 grant given through the Public Works Administration. It’s still in use today. The picture doesn’t do it justice. The trim is yellow and black and has this neat thirties vibe. If I were back in high school, I’d totally want to go there. Except that I never want to go back to high school because I was weird and socially awkward (as opposed to how normal and socially adept I am now *snort*).

Getting back to 95 from the school, I turned onto 6th street and stumbled upon another badass school. The Sixth Street School was not a New Deal program, although some of the later expansions were federally funded. The site was originally home to a school built in 1886.  Fifty years later, in 1936, the current building was constructed. It has some really neat Art Deco architectural elements. It was designed by Willis Humphrey Church, an architect and the son of an art history/classics professor at University of Nevada, Reno. Church was a brilliant architect, and he co-authored the book Masterpieces of Architecture in the United States with Edward Hoak. But he was also an alcoholic and spent quite a bit of time in the Napa State Hospital in California. He died in 1969. (Source: University of Nevada, Reno). The building is still in use today, but I don’t think they’re using it as a school. It’s also on the National Register of Historic Places. 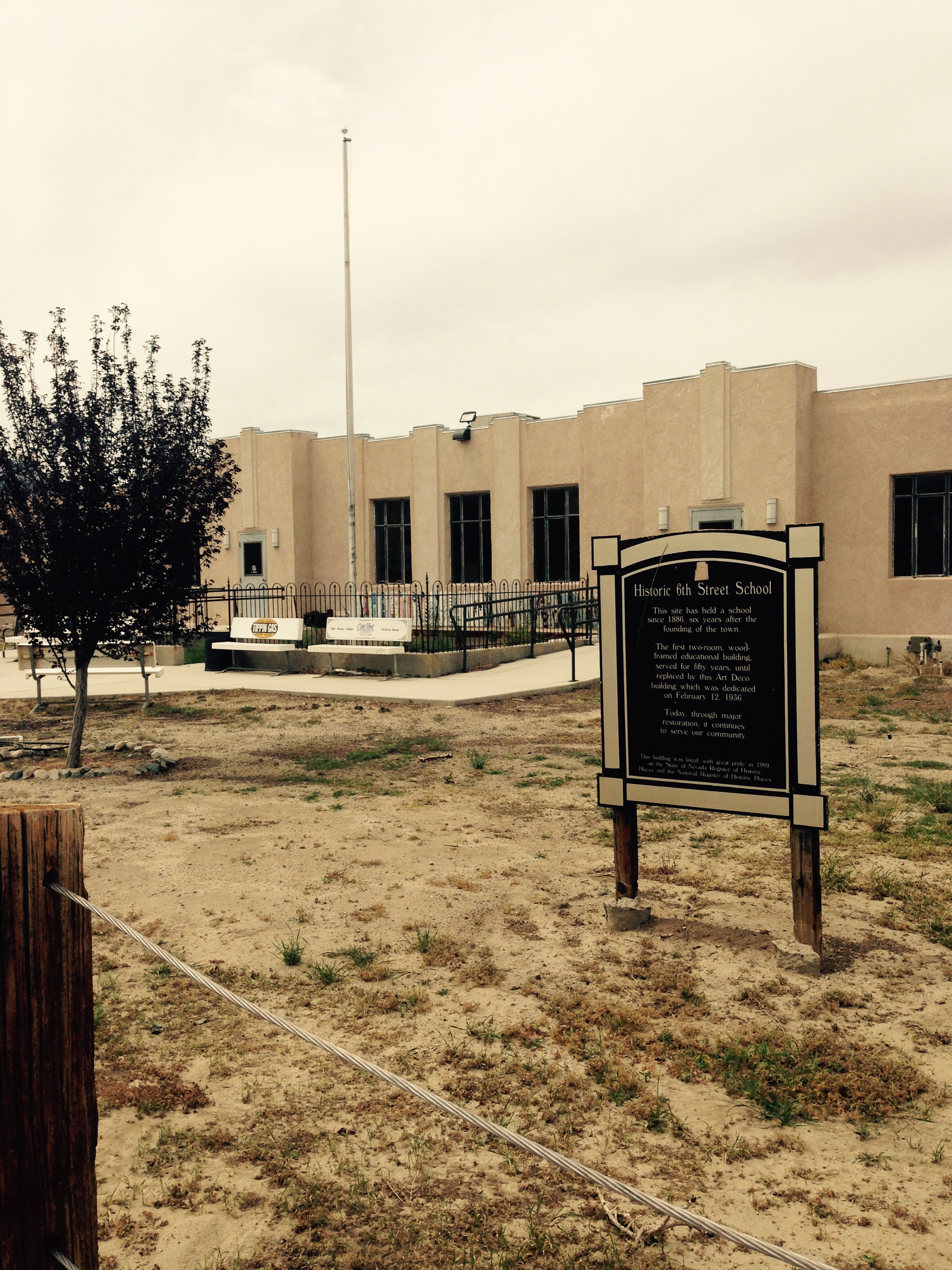 Man, I really want to go to Reno and find out more about Willis Humphrey Church. I also want to learn more about the treatment of alcoholism in the first half of the 20th century. Did all alcoholics get treatment at psychiatric hospitals? Gah, I hate not knowing things.

Anywho, that’s pretty much all I wanted to say about Hawthorne. It was pretty awesome.